I had a lot of fun playing in the ITAC'17 first challenge called Europe so I thought I would give the second challenge a try.

This one is called Asia and along with a list of criteria to choose from, there is also a mood board.  After I read the list, I looked at the mood board again and it kind of threw me because right in the centre was an iconic photo of the colourful turrets on Russian roofs.  I have managed to use every item on the list so am happy about that. 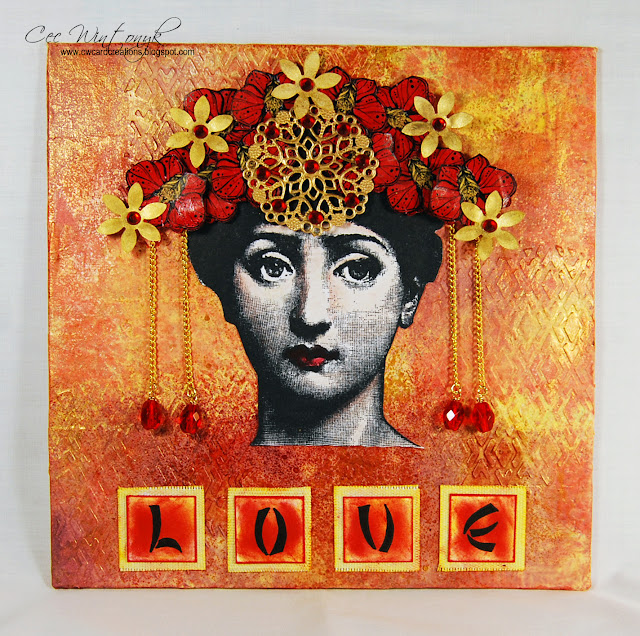 I thought I would make another canvas and go to China for inspiration.  I have made a Chinese bride with her fancy headpiece.  My daughter was a competitive synchronized swimmer and I made lots of headpieces and even made the one she wore at her wedding so this was right up my alley.  My bride doesn't look very Chinese but there is nothing to say she can't have a Chinese theme for her wedding. 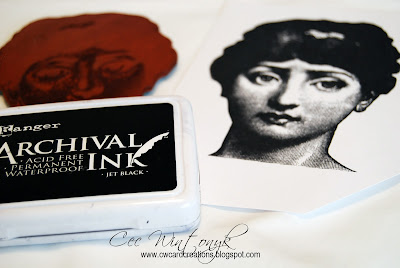 I started by stamping the Jane image (IndigoBlu) on some white card stock with Jet Black Archival Ink (Ranger).  Then I coloured her face and lips with pencil crayons (Prismacolor) blended with OMS (Gottrick). 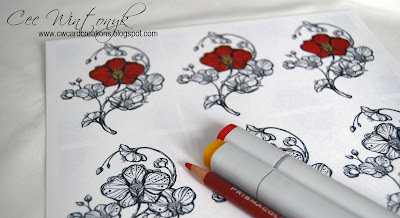 I found some clipart of an orchid branch online and printed multiple copies on card stock and then coloured the largest blooms with a combination of pencil crayons (Prismacolor) and alcohol markers (Copic).  Once coloured I fussy cut the coloured blooms. 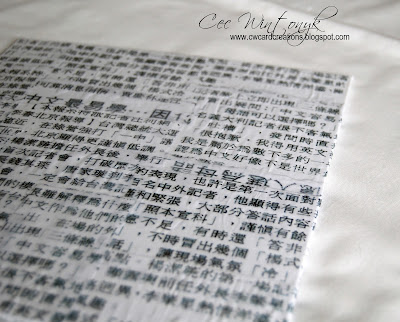 Next I worked on the canvas.  I printed a photo of a Chinese newspaper that I found online and used Mod Podge to adhere torn strips of it to an 8" x 8" flat canvas (Artist's Loft for Michaels). 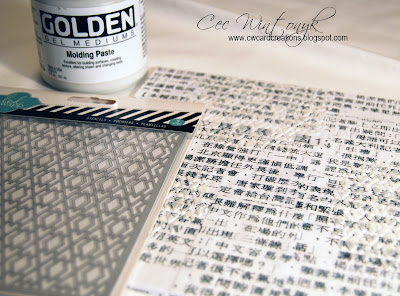 I used Molding Paste (Golden) and a geometric stencil (Heidi Swapp) to add some texture and then I dry brushed some White Gesso (Liquitex) over the canvas trying to leave some of the text visible. 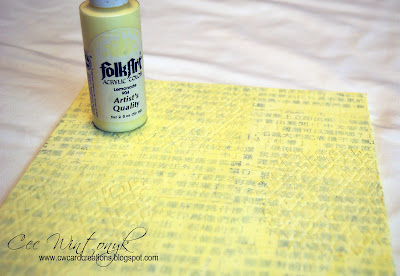 The canvas was painted with some watered down Lemonade Acrylic Paint (Folk Art). 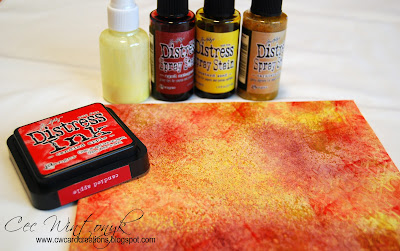 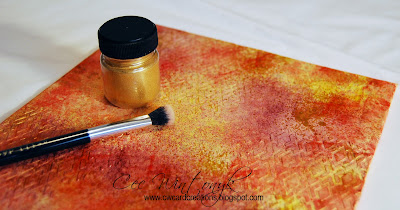 I sponged on some Candied Apple Distress Ink (Tim Holtz for Ranger) and then took a fluffy brush and added some Gold Luscious pigment powder (IndigoBlu). 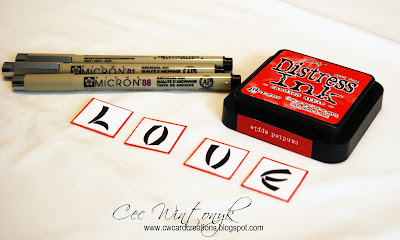 I needed some sort of hand lettering or calligraphy but I don't do well at drawing and didn't want to run the risk of making a Chinese character that turned out to be an inappropriate word so I remembered text I saw on the sign at a modern Asian restaurant once and thought I could draw the letters, which make one think Asian even though they are hardly traditional.  I cut small squares and drew the letters with a pencil and then filled them in using some black pens (Micron Pigma).  It only took me three tries before I was satisfied - lol. 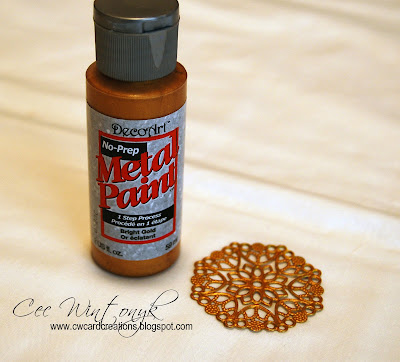 A filigree medallion was painted with some Bright Gold Metal Paint (DecoArt) pint and then rubbed with Classic Gold wax paste (Treasure Gold) before some red gems (Dollarama) were added.  More flowers were made with a punch (EK Success), rubbed with gold wax paste and gems were added for centres.

To assemble the canvas, I glued the image and the text down first.  Next I added some beads (My Stash) to gold chain (Bead Landing) and glued them beside her head. before I added the flowers and medallion.

I am off to enter my canvas in the tournament and then that is it for my trip to Asia.  Wouldn't it be fun to win a lottery and do this around the world trip for real
Posted by Cec at 2:45 PM