Show Me Thursday at Sassy Cheryl's

I don't often get a chance to do a post for Show Me Thursday at Sassy Cheryl's but I just had to this week.  I have been trying to get my Sassy friends (or anyone for that matter) to take some of my snow but to no avail - go figure :)

I know this isn't craft related but today I thought I would give you a little glimpse of what we have been dealing with and why I have been trying to give it away.  This shot was taken from our front door but if I had put my boots and coat on and taken a photo from the end of the driveway, you would have seen just how high some of the piles are.  To add to the copious amounts of snow we have been experiencing some brutally cold weather - as low as -35C at one point this winter so I opted for just opening the door. 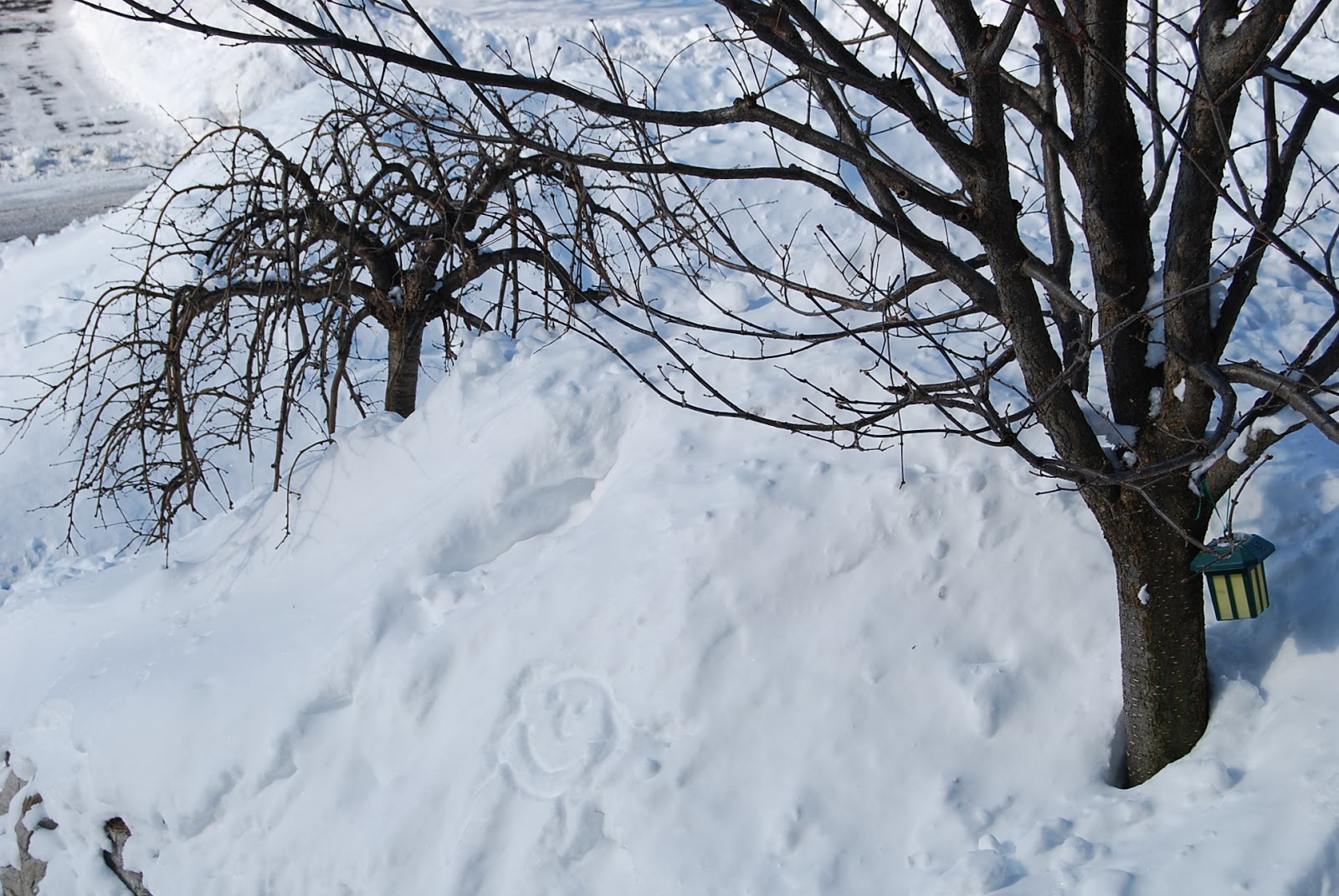 Because of my bad back, I can't help shovel so my poor husband has had to do this all by himself and we don't have a snow blower.  The pile at the end of the driveway on the right side as you look from the doorway (just beyond the shorter tree) is over 8 feet high and he is only 5' 7" tall so you can imagine how difficult it is for him to throw it now.  Apparently we are supposed to get another 3 or 4" tomorrow and he has no idea where he is going to put it.

Notice the stick figure person drawn in the snow.  My seven year-old Granddaughter did that the other day and she is just 3 feet tall, which gives you some perspective of the height of that particular pile.  On a more serious note, these piles are everywhere and it is dangerous trying to back out of the driveway or turn a corner at an intersection where there are no traffic signals because you can't see oncoming cars.

Email ThisBlogThis!Share to TwitterShare to FacebookShare to Pinterest
Labels: Show Me Thursday